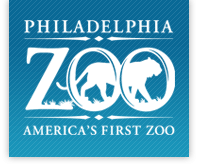 Philadelphia Zoo – About the Zoo

The Philadelphia Zoo’s 42-acre Victorian garden is home to more than 1,300 animals, many of them rare and endangered. By connecting people with wildlife, the Philadelphia Zoo creates joyful discovery and inspires action for animals and habitats. Cheetahs, hippos, giraffes and much more make the Zoo Philadelphia’s leading family attraction with over 1.35 million visitors last year.

Like many other Philadelphia landmarks and institutions, the Philadelphia Zoo is an American first. On March 21, 1859, the Zoological Society of Philadelphia approved and signed the documents.  It was another 15 years before America’s first zoo was ready to open.

The Zoo opened its gates on July 1, 1874. The Frank Furness Victorian gates, gatehouses, and the Zoo’s location, remain the same today as the day it opened. One of its assets, then and now, is John Penn’s home, The Solitude, which sat on the land chosen for the Zoo. John Penn was the grandson of William Penn, founder of Pennsylvania. The Solitude is one of Philadelphia’s most precise and elegant expression of neoclassical style. 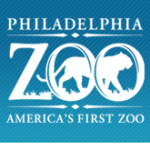 On opening day, flags flew, and a brass band welcomed more than 3,000 visitors. Admission was 25 cents for adults and 10 cents for children, a rate that held for the next half century. Visitors came on foot, on streetcars, by horse and carriage, and every 15 minutes by steamboat on the Schuylkill River, landing at the Zoo’s own wharf. The Girard Avenue Bridge opened three days later. Since the early 1700s, the English Settlers were inspired by the idea of an American zoo.  They had a keen interest in wildlife by sailors and hunters who returned from faraway lands with exotic animals they’d never seen before.