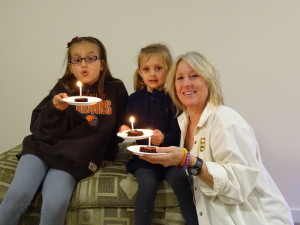 My two favorite buddies, Love you both!

Wedding song writer, that’s me.  Never thought I would call myself that.

After my son told me he was getting married in 2006, I thought I could write the mother son wedding  song for us to dance to at his wedding. I wanted to give my son and his new bride a wedding song that was special from me. I wanted to focus on his marriage and future with his new bride with words of wisdom in my lyrics.

I had my lyrics to I’ll Always Be Your Mother, combined with traditional music and I cried the first, second and every time I heard it, it was perfect.  I recorded the traditional version of my mother son song with a local singer and had a CD made for the wedding day.  When my son and I were dancing to the most beautiful mother son wedding song, in my opinion, at his wedding, there was not a dry eye at the wedding reception, whether they were young, old, male or female.

As you can see on Youtube, I cried the whole song.  It was so special to me and my son even though he made fun of my crying at the end. After the song was over, everyone came up to me and said that I should market the song and that was the start of me becoming a wedding song writer. I recorded a country version with another local singer and had all the art work done professionally for the CD cover and the two versions became a CD. I also added instrumental versions to be played at the church. I created a website, which I have never done before, and started to market and sell the CDs online. I received my first order and was really excited that someone else wanted to dance to my mother son song that I wrote for my son and me, I was honored.

I have been blessed with a husband of 39 years, two great sons, a great daughter in law and also a grandmother of two beautiful little girls that I love so much.

I want to send best wishes to all mothers & sons, fathers & daughters, brides & grooms, and all families on their special wedding day. I hope you are as blessed as I am with great family and friends.

“Zoo Animal Songs” is my new project of Kids Songs that are pop versions of new updated children songs.  When my granddaughters were first born I was tired of listening to the old versions of nursery rhymes. I thought to myself that I needed to write some children songs that have a pop vibe and are not boring. The granddaughters are 4 and 8 years old now and they like to listen to the pop songs on the radio. I had my lyrics combined with pop song music and it was magic.

To add more interest for the kids, I made all the children songs about zoo animals. The kids’ songs on the CD will get the kids up and jumping and dancing. Dancing along with the songs is a great way to exercise with your kids.   The animal songs are not only fun to listen and dance to, they are educational. The girl that was hired to sing the songs is a school teacher and she loved them.  The children songs were recorded and published in Strongsville, Ohio at the Media Cube with Michael Papatonis and Eddie Tomecko.   I hope you enjoy Zoo Animal Songs as much as my granddaughters and I do. 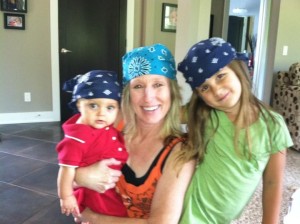 One of my favorite pictures of me and the girls.